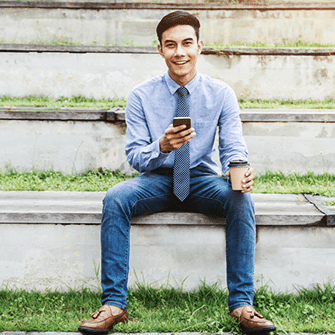 Change Objectives of Your Business

To change the goals or aims and objectives of your business, you need to amend the Memorandum of Association. The MoA contains the object clause. Now, this can be difficult to do, particularly if you're a young company looking to completely change the main objects. But if you follow the right methods, it can be done quickly. For example, one mistake many companies make is to include several domains in the main objects. This will not be approved. For example, if you are in the software business, you can cover all software services in the main objects, but other services, such as design, should be included in ancillary or other objects of the company.

A company’s primary object or subsidiary objects may need to be changed. To do this, a corporation must take the following steps:

1st step: Pass a resolution to the board.

At the board meeting, ratify the object clause by passing a resolution. The meeting will authorise a director or the company’s Company Secretary to sign, certify, and submit the relevant paperwork with the RoC. The Board of Directors will also set the date, time, and location for the Extraordinary General Meeting of Members.

A postal ballot will be used to get the members’ special resolution. Members will get a notification containing the following information:

Total amount of money received (from public by issuing prospectus)

Unused funds from the total funds raised by publishing prospectuses

Details about the proposed object modification

Justification for the object modification

The projected amount to be used for the new things

A copy of the notice of resolution to be passed can be obtained at this location by anybody who is interested.

The special resolution shall be published in two newspapers in the city where the company’s registered office is situated (one in English and one in vernacular language).

The SR will also be posted on the company’s website.

The promoters and other shareholders will provide dissenting shareholders (who vote against the object clause decision) the chance to quit.

If the firm has not received any money from the public or if the funds obtained have been fully utilised, the corporation is not obligated to make the disclosures and just has to pass a special resolution.

Step 3: MGT-14 must be submitted with the Department of Commerce.

The authorised director or the company secretary will file Form MGT-14 with the RoC once the special resolution is passed at the EGM. In addition to MGT-14, the following papers must be filed:

a copy of the special resolution that has been certified

Amendments to the Memorandum of Association

Step 4: A new certificate of incorporation is issued.

Step 5: Adding an object clause to the MoA and AoA

The purpose clause must be included in all copies of the Memorandum of Association after the certificate of incorporation is obtained from the RoC.

4 BUSINESS DAYS
At Vakeelji, we can deliver all your documentation requirements in just four working days. And if you’re not totally satisfied, we’ll take another couple of days to work on the modifications you need. All at the lowest price, both online and offline.

9.1 CUSTOMER SCORE
We make your interaction with government as smooth as is possible by doing all the paperwork for you. We will also give you absolute clarity on the process to set realistic expectations.

160 STRONG TEAM
Our team of experienced business advisors are a phone call away, should you have any queries about the process. But we’ll try to ensure that your doubts are cleared before they even arise.

• Address proof of all directors of the company

Entrepreneurs choose to register a company due to various reasons. Two of the main reasons is that a company is a distinct legal entity having perpetual succession. Hence, a company is not affected by the death, insanity, or insolvency of an individual member. The following are some of the top reasons to register a private limited company in India.

When your firm expands vertically or horizontally into new sectors, new goods, services, or activities are needed. The objectives must be adjusted to suit this.

2.Takeover of a firm

When a company is taken over by another corporation, dramatic changes occur. The original company’s branding may remain the same, but the company’s direction and goal are frequently altered.

It is possible that some of the company’s activities will show to be superfluous or meaningless over time. In such situation, these operations will be phased out gradually, and the company’s objectives will need to be revised to reflect this.

Activities that are prohibited or banned by the government are always changing. An action that was lawful when the firm began may be rendered illegal, or licences may be restricted by the government. In such circumstances, your business should avoid the action and change its goals to prevent legal repercussions.

What is the Price I Need to Pay for change of objectives of a Company?

The Cost of Incorporation / Registration a Company would vary from INR 6899/- to INR 29899/- depending upon the plan you choose.

Pay as you go grow pricing

All Inclusive Pricing - No Hidden Fee

Is it possible to modify a company's goal?

To amend a company’s objectives, a Board Meeting must be held after giving notice to all of the company’s directors to set the date, time, location, and agenda for a General Meeting to approve a Special Resolution to change the company’s MOA.

Is it possible for a firm to have two main objectives?

Yes, a firm can register for many companies, however this is conditional on the activities being connected. With the approval of the members, the corporation can engage in many activities. However, all of the operations stated should be related to the company’s principal business.

What is a company's object clause?

An objects clause is a section in a company’s constitution that specifies the company’s goal and scope of operations.

Is it necessary for a firm to have objects?

Who decides what the company's goals are?

The company’s aims are decided by the company’s subscribers when it is formed. However, the Companies Act of 2013 includes procedures for changing the company’s purposes at a later date. The rules for this change may be found in Section 13 of the Act..